Today is ‘Wedding Wednesday’, so today I am commemorating the wedding of William Morgan and Margaret Lloyd.

On July 20, 1890, William Morgan married Margaret Lloyd in Morris, Grundy County, Illinois.  William was 22 and Margaret was 16.  She needed the consent of her parents, which was given. 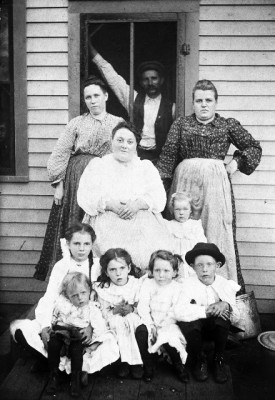 Interesting genealogical tidbit:  Two Morgan daughters married Larson men.  The Larson men were not related.  Later down the tree, there was yet another Larson-Morgan wedding.  All none related so far, but certainly adds color to the family tree!

I invite you to join me as I share my journey of successes, surprises, and of course, disappointments. All belong to my passion called Genealogy.
View all posts by Our Lineage →
This entry was posted in Blogging, Family, Family History, Family Lineage, Genealogy and tagged family history, finding out about my family, Genealogy, Grundy County, Kankakee County, Livingston County, Lloyd Surname, marriage certificate, Morgan Surname, Researching your family tree, Wedding Wednesday, Weddings. Bookmark the permalink.